On this site we have addressed many aspects of the history of the Vikings. Today we will focus more on the present than on the past and the influence of this ancient civilization has reached our days. The paganism Asatru or Norse it is a clear example.

Ásatrú is a religion based on the beliefs of the ancient Viking religion, predating the Christianization of Scandinavia. Its practitioners are the asatruars. It should be noted that these pagan creeds were prohibited once the Christian faith was established. For example, the Icelandic assembly banned them in 1000. As you can imagine, some people kept the practices clandestinely and there was persecution.

It would not have been until 1973 when the Assembly of Iceland recognized Ásatrú as a religion . Today in Iceland there are several hofs or temples and cemeteries for the believers of Ásatrú. This belief is spreading to other countries, especially in northern Europe.

The word Ásatrú comes to mean “faith in the Æsir” , who are the Viking gods . It is, therefore, a polytheistic religion that has its roots in what researchers have learned from the rites and beliefs of the ancient Nordic peoples. The pantheon of this religion includes both the Æsir and the Vanir. It should be noted that there is a variant Vanatrú , which centers its cult on the Vanir gods, gods very attentive to nature.

Other characteristics of Ásatrú are his strong connection with nature and respect for a code of moral conduct, although they recognize that their gods are not “perfect”. The nine noble virtues that make up this code are:

The ancestors are honored and it is believed that a kind of immortal soul , the Spirit of the Gods, lasts after the death of the body. The asatruar believe that the world will have an end in which the gods will die and a new, more perfect cosmos will then be generated.

It is evident that this religion has a strong link with the countries of Northern Europe. However, to be an Asatruar it is not necessary to have Germanic ancestry or other ethnic qualifications. This explains the presence of the Asatruar communities on all continents .

For example, in Spain there is the Odinist Community of Spain-Ásatrú , also known as the European Odinist Circle . It is based in Navas de Jorquera (Albacete) and was founded in 1981. It claims the legacy of the Visigoths and other Germanic tribes who settled on the Iberian Peninsula. The Spanish government recognized religious status in 2007 and allows them to perform weddings. A 2014 census estimated the number of Asatruar Spaniards at 10,000. 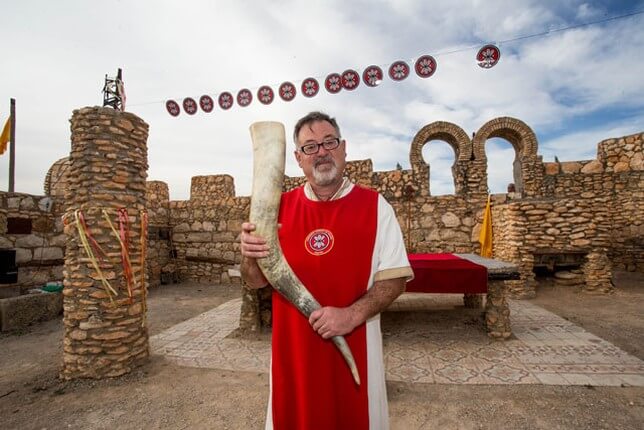 Temple of Asatrú in Navas de Jorquera (Spain). The building, on the outside, was completed in 2009.

On the other hand, Ásatrú does not have a hierarchy with religious authorities : the asatruar groups are organized locally. There are priests or goði who officiate the ceremonies. Nor is there a holy book as such, although there are a number of stories and traditions that guide the faith and behavior of this religion.

The best known rituals of Ásatrú are the blót, inspired by the ancient Viking sacrifices. There are four blot that are celebrated a year, and they consist of going to the forest to make offerings to the land in honor of the gods . At these gatherings around the campfires, beer or mead with horns is drunk and one reflects on ancient Norse myths.

Some of the most important festivals of Ásatrú are the following:

Vikings: The theory holds that Ragnar survived the snake attacks

These dates are approximate and apply to the Northern Hemisphere. As in the ancient Viking calendar , the lunar and solar cycles are central to the holidays. On the other hand, the asatruars also recall events in Viking history related to the religious persecution of paganism.