One of Loki’s peculiar children is this giant wolf that the gods could not control. Fierce like few creatures in Norse mythology, Fenrir is predestined to play a major role in Ragnarök.

In addition to gods, giants, and other species, some unique animals have special relevance in Norse mythology. The wolf Fenrir and the snake Jörmungandr are two good examples.

Fenrir is the son of Loki and the giant Angrboda , who also fathered his brothers Jörmungandr and Hela, the goddess of death. Like his monstrous brothers, he is bound to cause trouble for the gods.

In turn, Fenrir is the father of the wolves Hati and Sköll . The first is dedicated to the pursuit of the Moon, and the second does the same but with the Sun. In Viking mythology , these incessant pursuits are the cause of the day / night cycle.

Fenrir is also known as Vánagandr . He is represented as a large wolf with a fierce attitude . To cite a few examples, depictions of Fenrir can be found on the runestones of Tullstorp and Ledberg. 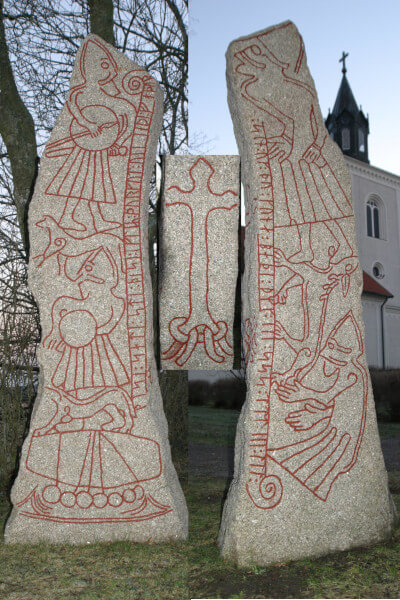 The main myths of Fenrir

Trying to tame the beast

When Fenrir was a puppy, he devoured so much food that he began to grow at an incredible rate. There came a time when the gods began to worry and eventually decided to imprison him before it was too late . First they tried the Leding (“custom”) chain, but the animal only had to stretch a little to break it. Then the Asgardians attempted another even stronger chain, Dromi (“law”). But Fenrir barely had to jump to break it.

At this point, the æsir and vanir have turned to skilled dwarves to find a remedy. The dwarves created Gleipnir  (“consciousness”), a magical ribbon that looked light and silky but was unbreakable. It was made up of the following six materials: a woman’s beard, the roots of a mountain, the breath of a fish, the tendons of a bear, the sound of a cat’s footsteps and the saliva of a bird.

With this magical item, the gods approached Fenrir to keep him once and for all. They took him to the island of Lyngvi, in Lake Ámsvartnir, and to deceive him they told him that they would put a chain on him to see if he was capable of breaking it, since they were not capable. However, the wolf was already suspicious after repeated previous attempts. In order not to be branded a coward, he agreed but on one condition: that one of the gods put his hand in his jaws. Tyr, the valiant god of war, was the only one who had the courage to do so.

And so, while Fenrir’s hand was trapped in its jaws, the gods bound the beast. Checking that he would be caught this time, Fenrir bit Tyr’s hand and tore it off. Thereafter, the wolf will remain chained until the day of Ragnarök. 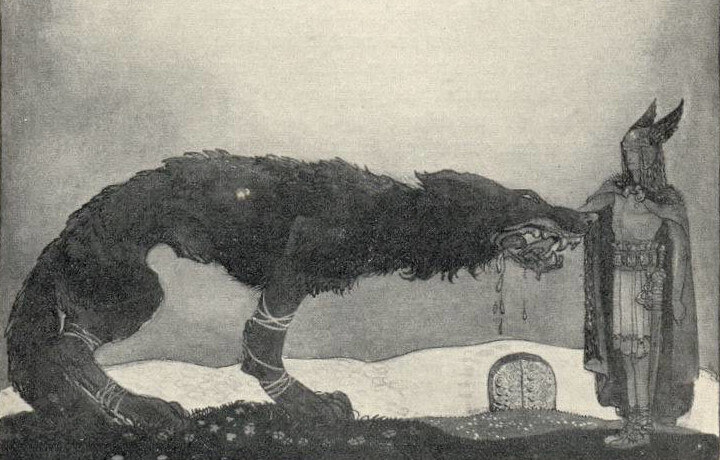 The Gleipnir ribbon will keep Fenrir tied up to Ragnarök. On that day, the giant wolf will manage to break free and march towards the final battle with his father Loki and the side of the giants. At the same time, Hati and Sköll will finally reach the Moon and the Sun, destroying them. As a result, darkness will cover the entire earth during Ragnarök. In combat and as is predestined, Fenrir will devour Odin . The wolf will then die at the hands of Viðarr, son of Odin and god of silence and vengeance.