The lord of Evil

Without being an æsir himself, Loki was a frequent visitor to the Asgard court. A mythological character known for his mischief-laden mischief who was not revered. 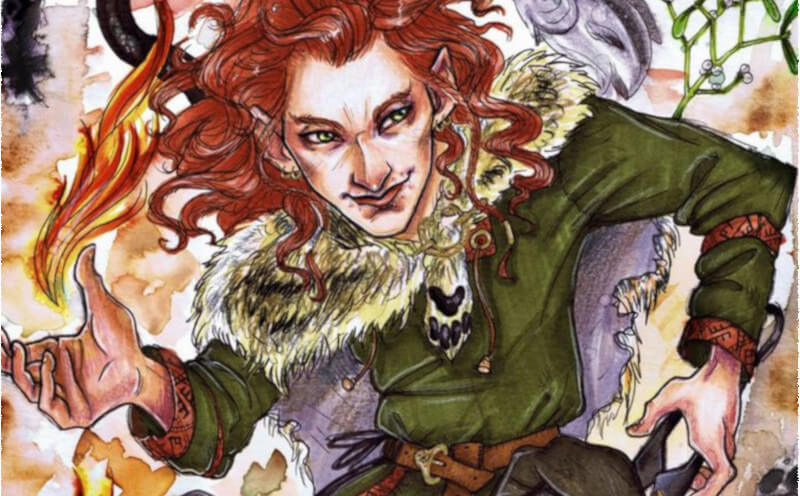 What is god Loki of?

As surprising as it may seem, the well-known Loki was not a god because he was the son of giants. He was not a member of the æsir or vanir, and as far as we know the Vikings did not worship him. Researchers have found no evidence of this, and unlike deities like Thor or Frey, Loki’s name was also not used to name settlements and uncovered lands.

Loki is the protagonist of numerous myths and was undoubtedly an important character in Norse folklore. However, his terrible jokes and his role in Ragnarök dissuaded the Scandinavians from dedicating sacrifices and prayers to him.

Shrewd, creative and prankster, Loki was a constant source of chaos. He enjoyed playing pranks on both gods and humans, and at times he acted with real wickedness. He looked to his own self-interest above all else, being a convinced nihilist. But, more than an evil character, we should consider him an ambiguous character.

Sometimes the gods asked for Loki’s help, and he helped them. However, he tended to cause more problems than solutions, and often if he did good, it was to remedy some of his misdeeds.

Origins and genealogy of Loki

Loki’s parents are the jotuns Fárbauti and Laufey, and his siblings are called Helblindi and Býleistr. Despite being descended from giants, as the Lokasenna poem suggests, Loki is considered to be Odin’s blood brother as the two have made a pact of friendship.

On the other hand, Loki had quite a peculiar offspring. With the jotun Angrboda sired Hel, the wolf Fenrir and the snake Jörmungandr. Hel was sent to the underworld, Fenrir was imprisoned, and Jörmungandr was thrown into the sea by Odin. Later, with his wife Sigyn he had Narfi and Vali, who had no better fate.

Cautiverio and his role in Ragnarök

Loki’s wickedness grew with the passage of time, and it certainly crossed the line when it caused Balder’s death. After this event, the gods decide to imprison him. They also turn his son Vali into a rabid wolf who kills his brother Narfi.

After a strenuous search and capture in which Loki had been turned into a salmon, the gods chained him to rocks in a cave using the entrails of Narfi. A snake drops terrible poison on him. His faithful wife Sigyn stands by his side holding a bowl to prevent this poison from falling on Loki. But every time the bowl fills up and Sigyn pulls it aside to empty it, a few drops fall on Loki’s face, who writhes so much in pain that it causes earthquakes.

Viking names, names with a lot of meaning

In Ragnarök, Loki breaks free from his bonds and becomes one of the leaders of the giants. His destiny is to fight against Heimdall in a fight where the two will kill each other.

The rowdy use epithets such as “shape shifter”, “silver tongue”, “god of adventures” or “wizard of lies” to refer to Loki. On the other hand, its most characteristic ability is the ability to change shape. Loki made use of this power continuously, transforming himself into any living thing: a fly, a mare, a salmon, a seal, an old woman? 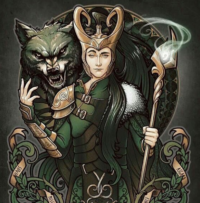 In Viking art we find it in various situations. For example, chained during his imprisonment, as in the case of the cross of Gosforth or the stone of Kirkby Stephen.

Few characters in Norse mythology have more stories than Loki. Here are a few.

The gods wanted to defend their palaces with a huge wall surrounding Asgard. A giant named Hrimthurs, who had a reputation as a good builder, offered to build the wall in just six months in exchange for a high price: the beautiful goddess Freya, the sun and the moon. This agreement stipulated that the only help the giant could receive was his horse Svadilfare.

The work proceeded at a prodigious pace. Since the six-month deadline had not yet passed, the gods needed some distraction to slow Hrimthurs’ work and avoid payment. The mission fell to the always enterprising Loki, who decided to transform himself into a beautiful mare and to attract the giant’s horse. He set off at a gallop after the mare, and without him Hrimthurs was unable to finish the wall in the allotted time.

Most surprisingly, months later, Loki gave birth to an eight-legged horse. The lord of lies gave this magnificent steed to Odin, who named it Sleipnir.

The contest of the dwarves

One day, Loki had no other idea but to cut the hair of Sif, Thor’s wife. When the thunder god threatened to break every bone in his body, Loki promised that Sif would get his beautiful golden hair back. He then contacted Ivaldi’s sons, dwarves who had a reputation for being the best craftsmen. They created not only a gorgeous wig for Sif that grew like natural hair, but also a spear that never missed the mark and a ship that always had a good wind and could be folded like a napkin into a pocket.

Loki then bets with the dwarf Brok that his brother Sindri would not be able to make objects as precious as those created by Ivaldi’s children. Although Loki turns into a fly to annoy Sindri while working in the forge, Sindri creates the following treasures: a ring that produced eight identical rings every nine days; a lightning-fast boar with shiny bristles that could run on land, sea and air; and an unbreakable hammer that returned to its master’s hand when thrown. 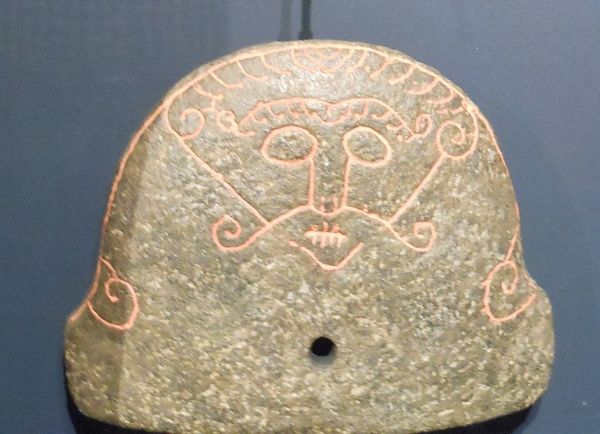 The objects created, Loki and Brok went to Asgard with their gifts for the gods to decide the winner. The decision was made by Odin, Frey and Thor. Loki gave the spear to Odin (who named it Gungnir), the ship to Frey (Skidblandner) and the wig to Thor. Brok gave Odin the magic ring (Draupnir), Frey the boar (Gullinbursti) and Thor the famous hammer (Mjolnir).

The three gods concluded that Brok’s gifts were better, so the dwarf claimed Loki’s head. The sneaky Loki defended himself by saying that if he cut off his head he would also damage his neck, which was not included in the deal. So Brok decided to sew up his lips so as not to cheat people anymore.