The personality of Marvel’s most beloved anti-hero is once again at the center of the debate. From prisoner to time traveler, there is much to be said about the God of lies. 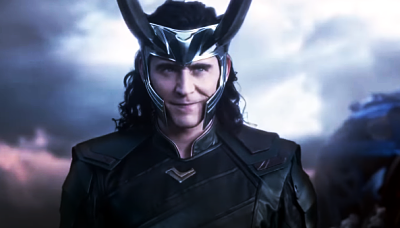 The last time we saw the Marvel Cinematic Universe’s Loki, he had just stolen the tesseract (again) and was on the run with an unknown destination. Now, the series, which airs on Disney Plus, is giving us a preview of what happens next. As it turns out, everyone’s favorite antihero will have to work with the Agency of Temporal Variation (AVT) to fix the mess it caused.

But while all of this is happening, the wait for the latest Marvel Disney Plus series has reignited the ancient controversy: how similar Marvel’s Loki is to its mythological version, and we’ll see more of the god’s enigmatic and almost always dangerous personality. of lies and deceptions?

In fact, Thor’s comic book universe has given a slightly sinister and even mocking luster to the Norse god. However, his immediate referent in folklore is more bizarre, quarrelsome and undoubtedly dangerous. If there is one thing Loki inherited from his mythological counterpart, it is his ability to lie and deceive by earning the sympathy of his opponents.

Of course, Marvel’s Loki retains the best traits of his mythological self, especially his complicated relationship with his brother. From the first Thor movie, the historical foundations were established that would define the character in the future. The two compete, then clash and ultimately are sworn enemies.

The situation becomes complicated in Avengers (2012), in which Loki is more than determined to conquer the Earth. Eventually, he ends up being captured by his brother and taken back to Asgard.

Already in Thor: The Dark World he finds himself a prisoner and enmity with Thor turns into a forced complicity. Something that reaches a whole new dimension in Thor: Ragnarok. In the film, Loki redeems himself and ends up becoming his brother’s battle mate.

And to complete his long arc of redemption, in Avengers: Infinity War, the character is killed by Thanos. Only for Avengers: Endgame to see him steal the tesseract and make a quick escape without, for now, knowing where. Or when. 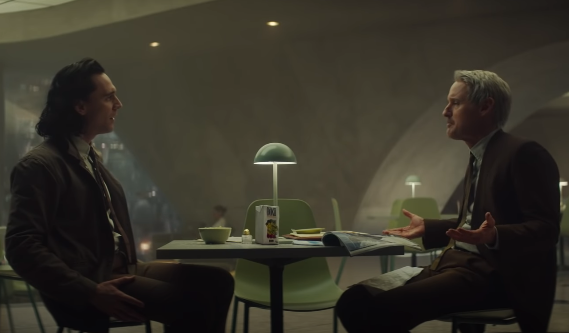 The rapid sequence of events, more or less appropriate – but undoubtedly superficial – sums up the Loki of the comic. This is despite the fact that a good portion of his twisted and complicated arches, especially his later resurrections, are left out of the picture. But essentially, the Marvel Cinematic Universe’s Infinity Saga shows the character in all of his bizarre glory.

Vikings: Lagertha had the best and most emotional flashback in Season 6

A complicated life: Loki and his journey into darkness

According to the book Gylfaginning, which summarizes Norse mythology, Loki was the son of the giant Farbauti and the goddess Laufey. Farbauti was at war with the major Norse deities and as the son of a giant enemy of many of the power figures and a deity, Loki was considered dangerous from childhood.

Womanizer, deceiver and traitor, the god of lies lived up to his title for much of the Norse mythological cycle. Married to the goddess Sigyn, he had an affair with the giant Angrboða, which earned him divine punishments.

His daughter Hel was the queen of Niflheim, one of the nine worlds of the Yggdrasi and the darkest. On the other hand, he is also the father of Fenrir, the wolf who is prophesied to kill Odin in Ragnarök. And if that’s not enough, she is also the mother of Jörmungandr, the serpent of the world exiled to the seas.

If you’ve been paying attention this far, you’ve probably found some clear connections to the movies. Marvel’s Hela (Hel), who is Thor’s sister in their cinematic universe, is actually Loki’s daughter. And the wolf carrying her on his back would also be his brother. A curiously complicated story.

And if you thought it was all weird (really weird!) Up to this point, there are other oddities about Loki’s mythological personality that will leave you perplexed. Loki is the mother of Odin’s eight-legged steed, Sleipnir. The strange filial thread occurred after Loki became a mare, changed sex, and had intercourse with a stallion. The result was his father’s traditional mount that took to the skies.

In any case, in the Marvel universe, Loki and Thor are brothers. Or at least, they were raised that way. But in Norse mythology, Loki made an oath of brotherhood with Odin, which makes him Thor’s uncle. Or something like that.

Whatever their relationship, even in mythology, Thor and Loki have a strained and strained relationship. In the Lokasenna poem, the two have a relationship based on conflict. However, in the collection entitled Þrymskviða they are closer.

It is also said that Loki was Thor’s companion when a magical creature steals the Norse god’s Mjolnir hammer. In fact, according to Snorri Sturluson’s 13th century Edda Prose, it was Loki who bestowed the Mjölnir on Thor.

The differences in the way of analyzing Loki essentially reside in the provenance of the text. What is clear is that Marvel has managed to capture the essence of the strange relationship between Loki and Thor. In both comics and their cinematic universe, the two are rivals and collaborate sporadically. Which doesn’t stop the god of mischief from occasionally being a cheater as he is expected to be.

Will the next Marvel series be able to sum up all the bizarre aspects of the character? It remains to be seen, in reality, what the starting point of the story will be. But for now, one thing is clear: there’s the god of mischief for quite a while and a nice collection of stories to tell.