Humans have always been curious about the unknown and, like all cultures in the world, Scandinavians have also wondered about the mysterious origin of the universe. The Nordic peoples had a peculiar view of how the nine worlds of which, according to their beliefs, the universe is formed were created.

The initial void, Ginnungagap, separated two regions: one of darkness and one of fog, Niflheim, to the north, and another of fire, Muspellsheim, to the south.

Twelve rivers sprang up in the land of fire and flowed into the abyss where they were covered by the frost from the northern country. At that point of contact, the ice giant Ymir, the first living being, was born out of the water, and later the cow Auðumbla. Auðumbla the giant otter thanks to the four rivers of milk that flowed from its breasts. The cow, for its part, fed on the salt that licked the ice.

The giant fell asleep and a man and woman of the same species emerged from his left arm, spreading the lineage of ice giants. Meanwhile, Auðumbla was licking the salty rocks of the frost and was unearthing a figure, it was Buri, the ancestor of all the gods.

The god Buri had, in turn, a son named Bor and this, together with the giantess Bestla, daughter of Ymir, had three children, the gods Odin, Vili and Ve. The three gods declared war on the giants and defeated them. Ymir fell in combat and from her inert body they created the universe. From the flesh they made the earth, with their blood they formed the sea and the lakes, with their bones they created the mountains and their teeth were stones. The clouds were created by his brain and the concave part of the skull became the celestial vault supported by four dwarves representing the four cardinal points (Norðri, Suðri, Austri and Vestri). 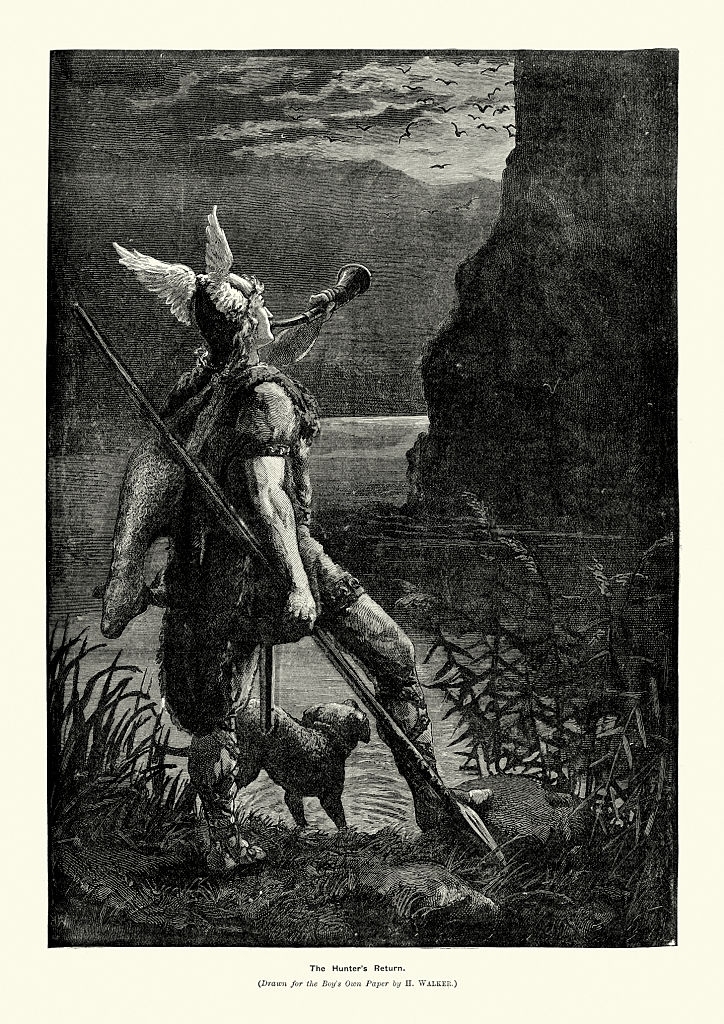 To create the Sun and Moon they used the fire of Surt’s sword and the luminous sparks of the fires of Muspellsheim for the stars and planets. 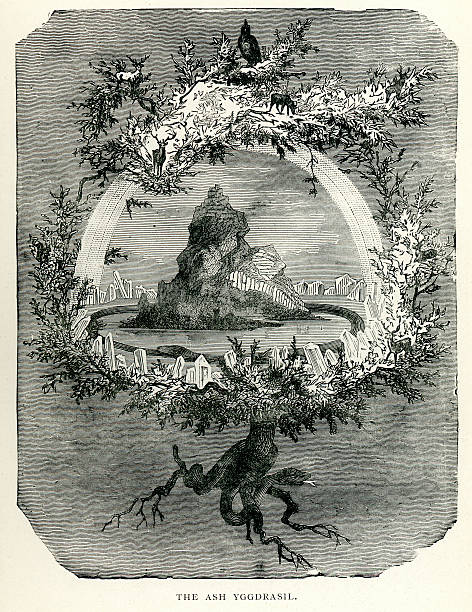 The great ash tree Yggdrasil, the tree of life, sprouted from the ground. The trunk constitutes the axis of the universe and its branches separate the sky from the earth and host the nine worlds that make up the universe. These worlds are:

Helheim, homeland of the dead

Also called Hel. It is the realm of death ruled by Hela, a daughter of the god Loki. All those who die of disease or old age, that is, without honor, go to this world. The souls of criminals, murderers and vile people will also go to this world, but to a special room called Nastrand where they will suffer torment.

Svartálfaheim, the home of the dwarves

In this underworld inhabit the dark elves or Svartalfar, identified with the Norse dwarves or dvergar. Among many other objects, in the forges of Svartálfaheim, the dwarves created Thor’s magic hammer, Mjolnir, and Odin Gungnir’s spear.

Niflheim, the homeland of fog and terror

The world of darkness and darkness, always surrounded by thick fog. In it lives the dragon Níðhöggr who tirelessly gnaws at the roots of Yggdrasil.

Jötunheim, the home of giants

Rock giants and ice giants are the inhabitants of this world. From there they threaten the humans of Midgard and the gods of Asgard.

Midgard, the home of humans

Of the nine worlds, this is the one reserved for men. It can be translated as “Middle-earth”. The gods Odin, Vili and Ve, from two wooden logs found on the beach, created the first two humans. From the ash trunk (Ask) he created the man and from the elm trunk (Embla) he created the woman.

Vanaheim, the house of the vanir

It is the world of the Vanir, one of the two races of gods. The main deities that inhabited this world are Vanir, the god of the sea, Frey, the god of fertility and Feyja, the goddess of love and sexuality. 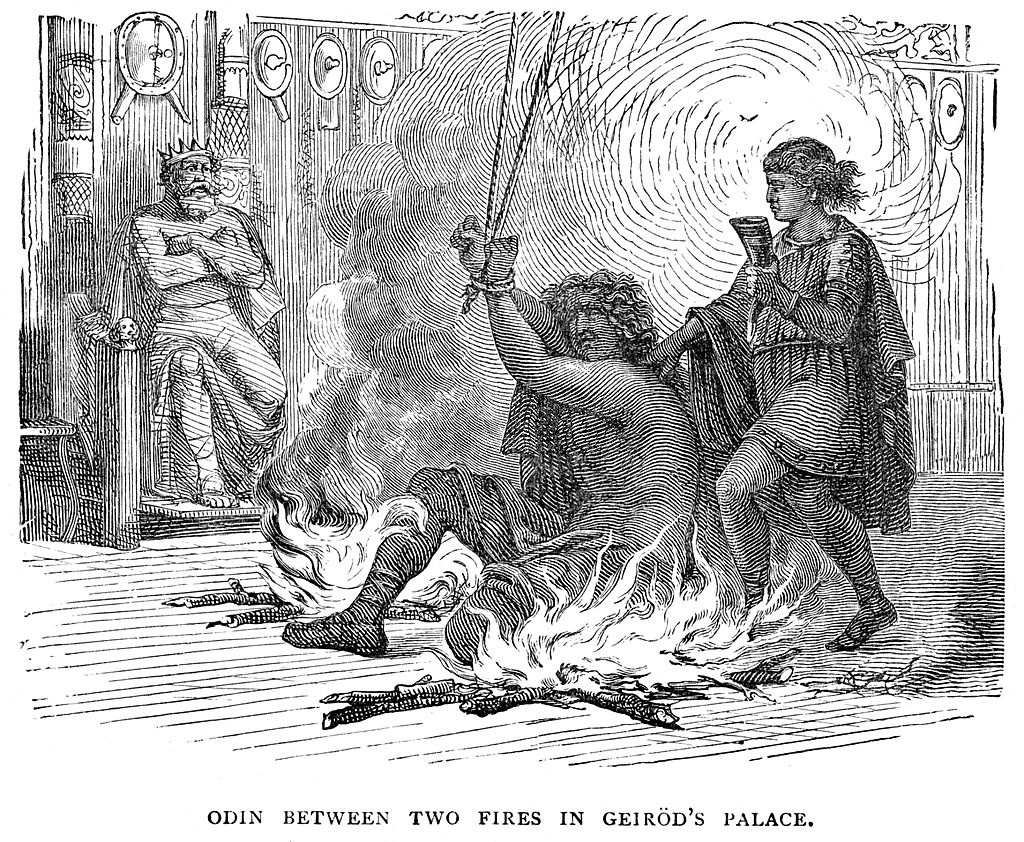 Alfheim, the home of the light elves

It is located above Midgard and the light elves live there.

Asgard, the realm of the gods

It is the world where the gods of the racesir race live. Its ruler is the god Odin. In Asgard there is Valhalla, a room where half of those killed in combat go, led by the Valkyries. In Valhalla they prepare, together with other legendary gods and heroes, to help Odin in Ragnarök, the battle of the end of the world. A rainbow bridge called Bifröst connects Asgard with Midgard.

Muspelheim, the primordial world of fire

It is the realm of fire, home to the fire giants. The giant Surt is the leader and most powerful of all, guarding the entrance armed with his flaming sword. In Ragnarök, hordes of giants will leave Muspelheim for Asgard to destroy the gods.