The attack on Lindisfarne in 793 has always been considered the beginning of the Viking era. However, there is a precedent for a Viking attack. Notably, this event took place on the English island of Portland in 789 .

Four years before the sacrilegious sacking of the monastery of Lindisfarne, in the kingdom of Northumbria, the Anglo-Saxon chronicles record the first violent incident with the “men of the north”. Three Viking ships anchored off the Isle of Portland off the Dorset coast. They came from Hordaland, a region of western Norway.

The first sighting of Vikings in Wessex

The Annals of St. Neots describes this unusual visit during Beorhtric’s reign in Wessex, between 786 and 802. A Danish expedition was on its way to Dorchester when it was intercepted by the king’s representatives. The local bailiff took the Scandinavians for merchants . Beaduheard, as the royal representative was called, attempted to collect the required tax for trade in Wessex.

The Vikings refused to pay the tax and ended up assassinating Beaduheard . The three Nordic ships then sailed for Portland and conducted their commercial transactions. No other incidents were recorded by these foreigners.

What was the language of the Vikings? 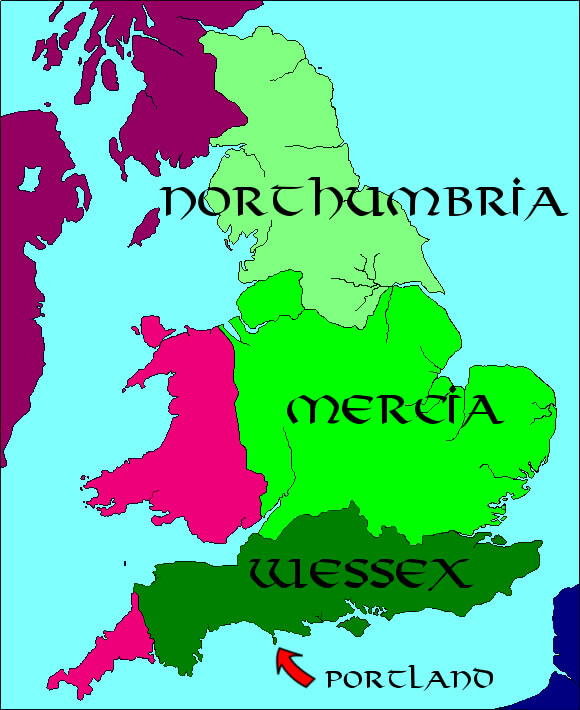 Four years later, on June 8, 793, a ferocious assault on the holy monastery of Lindisfarne shook all of England and half of Europe. It would be the first of many episodes of massacre.

The conquest of the North Sea

It is clear that the Norwegians roamed the British Isles before launching their attacks. In fact, they later colonized islands such as Shetland or Orkney . Expansion across the North Atlantic would even take them to America.

Looking back, the Viking peoples began using sailing on their boats during the first half of the 8th century . This is how Viking ships made it possible to navigate the open sea and travel great distances. In addition, the Scandinavian clans increased the production of iron and improved the production of weapons.

Within a few decades, expansion was a fact. At the end of the 8th century, the Danes, Norwegians and Swedes began to settle on the North Sea islands. At the same time, looting of the coasts of England and Scotland became more and more frequent.