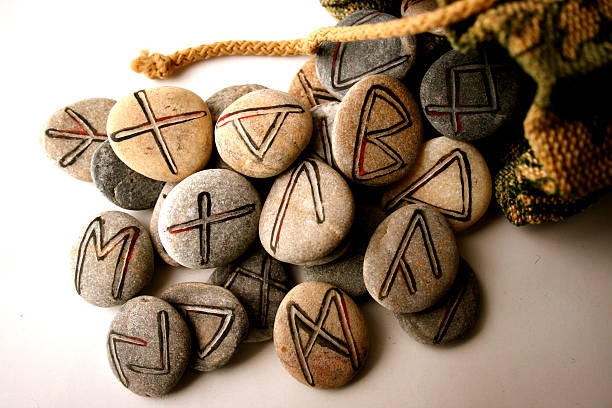 The Viking or Runic alphabet is the writing system used by the Norse people during the Viking Age.

As we explained in a previous post, the language of the Viking I was Old Norse, which in turn was derived from the Protonordic. Well, in the matter of runic writing there are three alphabets:

• Old Futhark (150-800). It corresponds to the Protonordic, a language spoken by both the Scandinavians and the Germanic tribes who migrated to the north-west of Europe.

• Anglo-Saxon Futhark or Futhorc (400-1100). This variant was used in Old English and Old Frisian (Frisian is a region that would be found in the Netherlands today).

• The young Futhark (800-1100). These are the Scandinavian runes, what we can consider as the Viking alphabet.

Characteristics of the Viking alphabet

Around 800, the protonordic evolved into Old Norse. Although the language was enriched with new phonemes, the number of runes or letters was significantly reduced. If the Old Futhark had 24 runes, the Young Futhark only consisted of 16 runes.

The spirit of 'Game of Thrones' is reborn at the hands of 'House of the Dragon': production has begun (and there are photos)

On the other hand, it should be noted that there were several versions of the young Futhark:

The long branch or the Danish runes .
The short branch or Swedish-Norse runes, also known as Rök runes.
The runes of Helsingia, with no pole or vertical axis.
Icelandic runes.

The runes of the young Futhark

Below we list all the characters that make up the Viking or Runic alphabet. With its transliteration, the sound and the name of each rune. 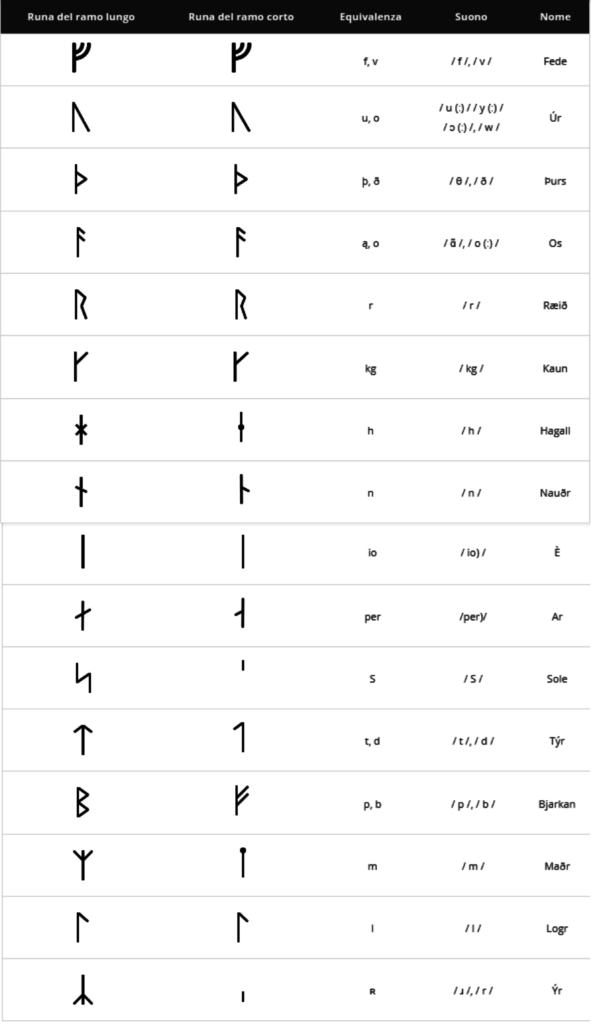 As we can see, this alphabet was not a perfect system for writing. This explains that in the inscriptions of the 10th and 11th centuries there are modified runes. They are not standardized in all places, but we put them as an example of runes evolved by the young Futhark.

Origins of the Viking alphabet

As you probably know, the alphabet is an invention of the Phoenicians. Later this writing system was imitated by Greeks, Etruscans and other Mediterranean peoples. How did it come to the Germanic tribes?

The general opinion of Scandinavian researchers is that the Old Futhark has its origin in the Latin or Roman alphabet. Contacts with the Germanic tribes led the Proto-Norse to develop their own alphabet.

One of the proofs of this theory is the evident similarity between the runic alphabet and the Latin alphabet. In fact, among its 24 runes we can find characters almost identical to the Latin letters: the r, the i, the bo la t, among others.

Viking culture assigned a divine nature to their writing. Two myths have survived to the present day. The first goes back to the origin of mankind. It tells how the god Ríg had three children by three women: Jarl (noble), Churl (free man) and Thrall (slave). As Jarl grew up and began to show signs of nobility, Ríg taught him the runes.

The other story, collected by Swedish archbishop Olaus Magnus in the 16th century, tells of a man named Kettil Runske who stole three sticks from Odin. These objects were carved with runes, and from them he was able to learn to read and write.