Like most societies of their time, the Vikings had slaves. The thralls not only represented a core labor force in the Nordic territories, but the slave trade was one of the most important economic activities of the Vikings . In today’s article we will talk about this caste of servants.

Where did the Viking slaves come from?

Recall that in Viking society there were three fairly rigid classes: nobles, free men and slaves. Some historians estimate that up to 10% of the population in Scandinavia were slaves.

The thralls , a word meaning “runner” or “one who runs”, may have the following origins:

Although the wealthiest caudillos could have up to 30 slaves, most Nordic families had 1 or 2 . This workforce was in great demand on farms. The enslaved men carried out the hardest and most unpleasant tasks: plowing the fields, taking care of the herds, sacrificing animals, fertilizing the land … For their part, the women took care of the household chores (such as cooking, weaving, cleaning or taking care of the children) or have satisfied the sexual desires of their masters.

Muslim chronicler Ibn Fadlan describes the treatment of Viking merchants from Rus to their slaves:

Each man has sex with his slave while his mates watch them. Sometimes a whole group of them get together like this, in full view of each other. If a merchant walks in at that moment to buy a young slave for one of the men and finds him having sex with her, the man doesn’t get up until he’s satisfied.

The Vikings had an agricultural economy, which is why both male and female slaves worked hard in the fields during the sowing and harvesting periods . Having slaves on the farm was also important because they had to store the Viking goods when they went out to sea to plunder.

The hallmark of the slaves was a collar on the neck paired with short hair . His clothing consisted of a simple undyed tunic. 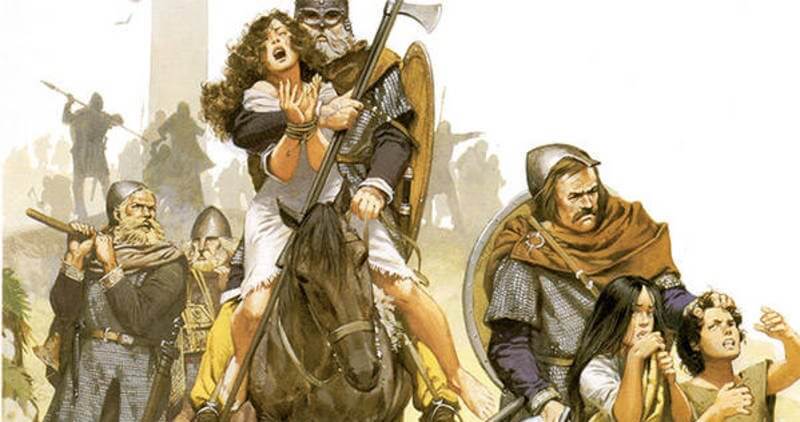 The slave trade in the Viking era

Although the slave trade existed long before the Viking Age, the Scandinavians created extensive and highly profitable trading networks to meet the demand for slaves .

In this historical moment, the geographical area in which the Nordics moved was divided between Christians, Muslims and pagans. Since neither Christians nor Muslims wanted to enslave their fellowmen, the Slavic peoples of Eastern Europe were the ideal prey . In fact, the word “slave” comes from “Slav”.

On the other hand, the prisoners the Vikings imprisoned in their raids were subsequently sold to Scandinavia. Some of the most important slave trading centers were Hedeby and Bolgar (on the Volga).

The rights of thralls

For legal purposes, Viking slaves were considered pets . They had no rights of their own, to the point that a master could punish his servants as he pleased , even with death. If a free man killed another’s slave, he only had to pay the estimated value as compensation.

Vikings: Creator reveals the most difficult scene to film in the entire series

Slaves are identified in the burials because they had no personal effects and because analysis of their remains shows a poor diet. These analyzes also reveal that many of the slaves were not raised in the same region as their masters.

The slaves lived in the darkest and least comfortable part of the Viking houses, next to the animals. They could not marry or own property , although some masters allowed them to make and sell handicrafts in their spare time.

This does not mean that some attractive young slaves can live in better conditions than normal slaves . Likewise, some slaves who became skilled craftsmen deserved a little more consideration.

Leysingjar : the freedmen of the Vikings

There were two methods by which a  slave achieved freedom. The first was at the behest of its owner , perhaps after many years of service. The second, when the slave bought his freedom .

This implied that the slave was considered a human being, with his / her rights and duties. Many times it was the owners’ own family who adopted it. 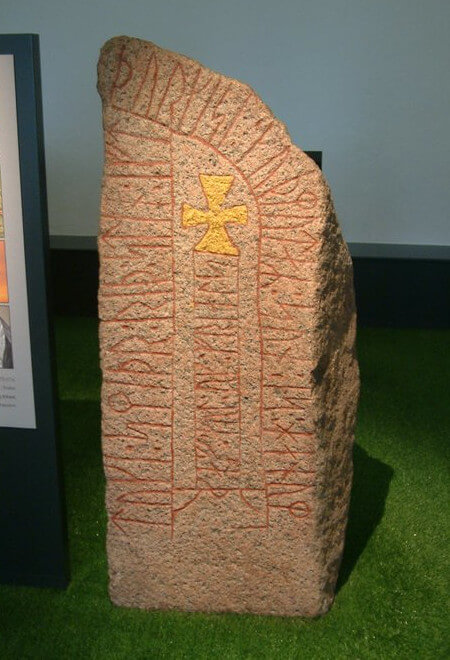 In the runestone of Hørning (Denmark) we read: “Toki the blacksmith erected this stone in memory of Thorgisl, son of Gudmund, who gave him gold and freedom”.

However, the leysingjars or freedmen did not have exactly the same status as free men. They still maintained certain bonds of obedience with their former owners, and therefore had to vote in the Thing whatever they sent. Likewise, they had to have his approval to get married, move, or do business.

Part of the freedmen’s earnings went into the hands of their former lords. If they died without heirs, their properties were inherited by them.

Furthermore, the laws imposed less than normal compensation in the event that someone had to pay them for causing them harm.

It took two generations of leysingjars for the descendants of these freedmen to be considered free men.

An interesting passage in the saga of Olaf Haraldson tells us about the thralls of Erling Skjalgsson, a powerful warlord from southwestern Norway:

Erling has always kept thirty slaves on his farm, as well as other servants. He gave his slaves a certain working day; but then he gave them some free time, and let each one work alone during the twilight and at night, if he wished. He gave them arable land to grow corn and allowed them to use their crops for their own consumption. He imposed on each a certain amount of work to obtain his freedom; and there were many who thus bought their freedom in a year, or in the second year, and all those who were lucky enough to be free in less than three years. With this money he bought other slaves: and some of his freedmen taught them to work the herring fishing, others taught some useful trades;and some cleared their land and built houses. It has helped them all to achieve prosperity.

The decline of slavery in the Viking civilization

Slavery found a great enemy in Christianity , increasingly present in the Scandinavian territories. This religion has made it easier for many Viking slaves to abandon their condition, either by the will of their masters (influenced by the Church) or to buy their freedom. Let’s take a significant example of the clash between Christianity and slavery: St. Hallvard, the patron saint of Oslo, was the son of a local noble who was assassinated in 1043 while trying to defend a slave accused of robbery.

Despite its decline, this activity survived until the middle of the 13th century. Thus, for example, the Codex Holmiensis or Danish Civil Code of 1241 includes some slave laws.