Viking warriors used a wide range of weapons , but undoubtedly the ax is the most characteristic weapon of this Nordic people . In addition to being iconic, the Viking ax was a surprisingly versatile asset.

There were different types of Viking axes, depending on their handling and design. In any case, the materials were always the same: wood for the handle and iron for the blade . Sometimes the blade had a thin strip of steel on the edge. The piece of metal had a ring through which the stick was inserted.

At a time when almost everything was made of wood, the variety of ax models is not surprising . This tool was used to build boats, houses or cars, among an infinity of objects. But its use also extended to the battlefield.

Since horses were very expensive to maintain and difficult to transport, the Viking warriors were practically all infantry . This, along with the frequency of collisions, largely explains the abundance of axes in Viking archaeological finds. 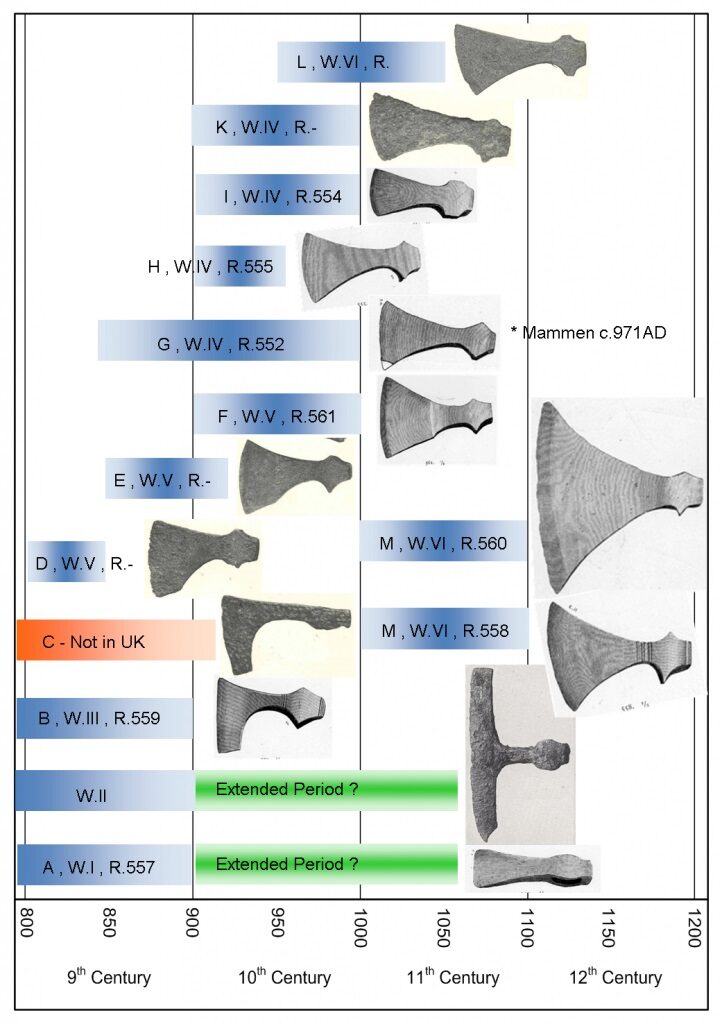 Type and use of Viking axes over time.

The other main reason was its cheap production. Making axes was much cheaper than forging Viking swords , so less wealthy warriors had the ax as their weapon of choice. Plus, they eventually went to fight with whatever items they had on hand, such as farm tools.

Accompanied by the distinctive round shield, this weapon was very practical. Ideal for splitting shields or knocking out an enemy in one fell swoop.

Among the one-handed axes we must highlight the Norman ax , which is probably the most characteristic of the Vikings and the most represented in art. It has a long handle, about three feet, and a protrusion on the blade. This type of tooth was very useful for climbing when boarding ships. 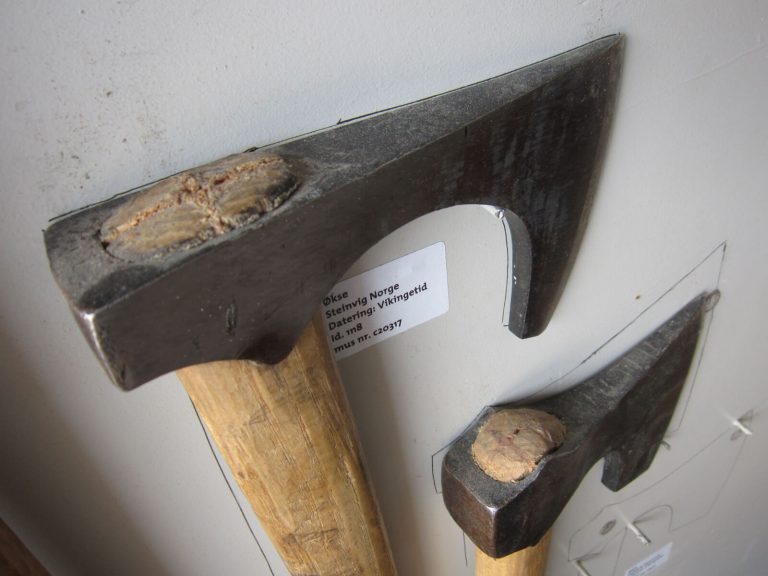 The  skeggöx or “bearded ax” also has that characteristic hook at the end of the blade. It is frequently mentioned in the sagas and has been found in numerous archaeological finds.

There were warriors who went into battle with a two-handed ax. Obviously, when they used this weapon they got a devastating offensive push but were more prone to taking hits. For this reason the Vikings with Danish axes were escorted by others with shields to protect them.

Of course, the origin of this terrible weapon is in the cutting down of trees. A number of changes made it perfect for combat. The two-handed ax blade was wide but thin, so as not to compromise its weight . The length of the pole could reach the height of a man (about 180cm).

It was a particularly devastating asset if the enemy did not have cavalry or a large contingent of archers. Also, the sight of Vikings wielding this type of ax caused terror. 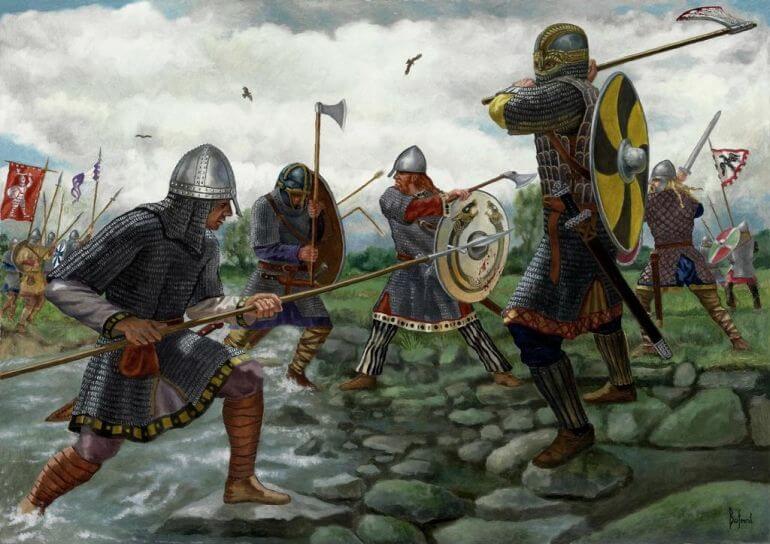 One such medieval two-handed ax was the breiðöx or broad blade. This weapon may have symmetrical or asymmetrical tips, but with only one edge.

Smaller and lighter than a hand. Despite their popularity in movies, they weren’t very frequent . The arrows were much more effective and cheaper to produce. Throwing axes were worn on the belt and thrown when the first shock was coming.

History of the Viking ax

The ax was a very productive weapon for breaking shields and for handling in naval combat . Also, they could always be used for chopping wood or for more mundane tasks if needed. At the end of the day, they were the evolution of an everyday tool. 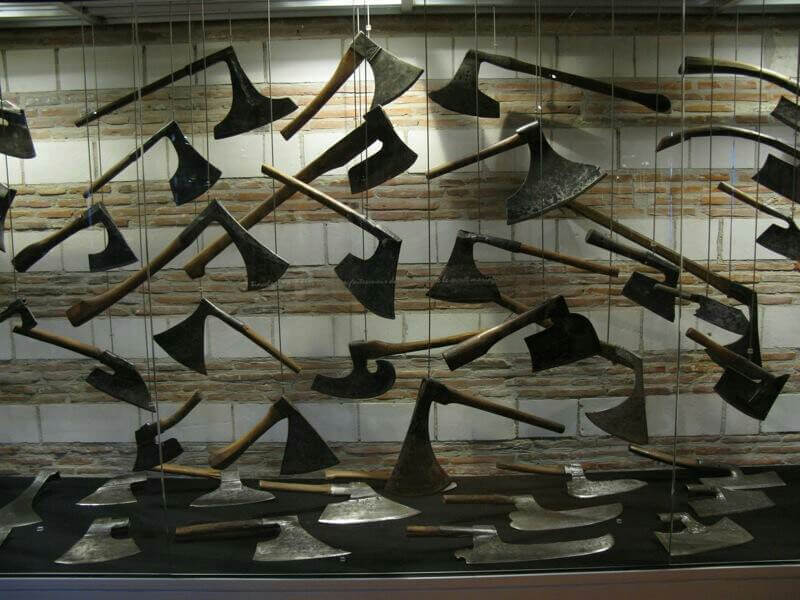 Over the centuries, the Viking ax increased in weight and size . At the end of the Middle Ages they ceased to be used before the appearance of firearms such as harquebuses or muskets. In addition, the new military techniques focus on long spears and cavalry.