It was common to call him after a recently deceased relative with the hope that he would acquire the more virtuous characteristics he possessed or, even, that the spirit of the deceased member of the family would return through the new life that was just beginning.

As is currently the case in some cultures, Viking surnames consisted of the conjunction of the father’s name plus the suffix -son (if it is a boy) or -dottir (if it is a girl) which means “son / daughter of”. This way, if the father’s name is Ragnar, the son’s surname will be Ragnarson or Ragnardottir if he is a girl. As an adult, it is possible that he was given a nickname which, in some cases, was used more than his own name and became the main name. In this case, the child’s surname may be satisfied by the mother’s nickname plus the suffix.

Thanks to TV series like Vikings , The Last Kingdom and Game of Thrones, Nordic culture is in vogue. Here is a list of Scandinavian names to draw inspiration from. Some are names of illustrious Vikings, names of Viking warriors and names of warrior gods or names of Viking goddesses. Among them you may find the name of your future son or daughter.

Old Norse, the language of the Vikings

The language of the Vikings was Old Norse. It includes several dialects and variants. These Nordic and Scandinavian languages ​​have evolved into several current languages ​​such as Swedish, Norwegian, Finnish, Danish or Icelandic.

Some Norse Viking names are particularly difficult to pronounce. To this it must be added that the names have come down to us in two different alphabets indistinctly, in the Latin alphabet and in the runic alphabet , so the phonetics can be quite different.

Names mentioned in sagas and runestones

In the Viking sagas and runestones there are many Norse names for men and Norse names for women common at that time, as well as names of gods and heroes from Norse mythology. Here we show you a list with some of them.

The names of the most popular Viking men

These are the most popular Nordic names for your child:

• Ax : diminutive of Axel: it means “the father of peace”

• Björn or Bjorn : pronounced “Biorn”. This is one of the most popular names in the Viking era, it means “pronounced man” and can also mean “bear”.

• Egil : very popular in the Viking era and means “impressive”. 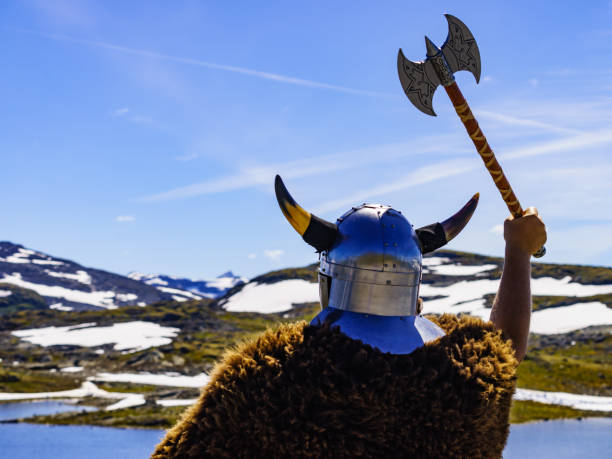 • Einar : From Old Norse, it means “the lone warrior” or “warrior leader”. In the ancient legends of these countries reference is made to the heroes of Valhalla. Variant: Einer, Einarr.

• Erik or Eric : It means “eternal ruler”. It derives from the Norwegian name Eiríkr, and is combined from the elements ei “always, always” and ríkr “ruler”. A notable bearer of this name was Eiríkrinn Rauda (Eric the Red), a 10th-century navigator and explorer who discovered Greenland. Variants: Eirik, Erik, Eric.

• Gerd : male name widely used in Scandinavia and Germany, derived from Gerda, who in Scandinavian mythology is the goddess of fertility. It also means “strength”.

• Hans : in Spanish it is Juan and means “God has been kind”. Variants: Hansi, Han, Hannes, Hansel

• Harald : De har which means “army” and vald which means “prince” in Old Norse or can also be translated as “generous guest”

• Ivar : name of Scandinavian origin which means “warriors with bow” or “archer”

• Lars : derived from Lorenzo, from the Latin “laurus”, meaning “laurels”

• Odin : name of the supreme god of Norse mythology. “Fury, excitement, mind, inspiration.” His role, like that of many of the Nordics, is complex. He is the god of wisdom.

• Sigurd : from the ancient Norse Sigurðr, derived from the elements sigr “victory” and varðr “guardian”.

• Thor : The god of thunder in Norse mythology, means “storm”.

Other male Norse names and their meanings

Here is a list of some of the Viking names for men and their meanings. Some of them refer to the names of Viking warriors and deities from Scandinavian mythology.

• Arie : It is a variant of the name Ari of Scandinavian origin and the Hebrew name Ariel, its meaning is: “lion”, “lion of God” or “eagle”. The female variant is Aria.

• Armengol : derived from the name Ermin, a demigod in Scandinavian mythology. Variant: Ermengol.

• Arvid : from the ancient Norse Arnviðr, derived from the elements arn “eagle” and viðr “tree”. 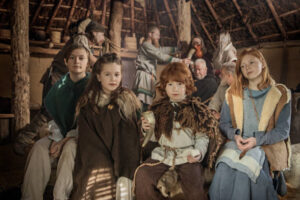 • Axel : male boy’s name, used frequently in the Nordic countries. Its probable etymology is to be found in the word Asks, “ax, weapon of war” in primitive languages ​​…

• Baggi : derived from the Old Norse meaning backpack or backpack.

• Balder : Its meaning is “the glorious” or “prince”. He was a god son of Odin and Friga, personification of good, light and beauty, and god of eloquence and wisdom.

• Bard : The Norwegian form of the Old Norse name Bárðr, derived from the elements baðu “battle” and friðr “peace”.

• Bo : Derived from the Old Norse bua which means “to live”.

• Dag : of Scandinavian origin. The meaning is “the light of day”. Mythology: the son of the night who brought the light of day as he rode his horse around the Earth….

• Didrik : Variant of the name Diederik, “chief of the people”. It comes from the German name Dietrich.

• Dustin : It derives from an English surname that has its origin in the Old Norse Þórsteinn or Torsten which means “stone of Thor”.

• Ebbe : Diminutive of Eberhard and derives from the ancient Nordic term “boar”

Eindride : From the Nordic Eindriði, perhaps from the elements ein “one, only” and ríða “mount”.

• Eiríkr : derived from ei “which means the one” and rik which means “the only prince or ruler forever”.

• Elvis : Derived from the Old Norse name Alvis which means “all wisdom”.

• Eskol : Wolf chasing the moon to devour it.

• Hallr : from the Old Norse word hallr which means “rock”.

• Halstein : From the Norwegian words Hallsteinn, which consists of the words hallr “rock” and steinn “stone”.

• Halvard : name of Viking origin which means “the guardian of the rock”.

• Halvdan : derived from the Old Norse name Hálfdan, composed of the elements halfr “half” and danr “Danish”, originally a nickname for a person who was half Danish.

• Annone : Variant of John, The grace of God.

• Heimdal : God who protected the gods from the attacks of the giants, endowed with very fine sight and hearing. It represented the beginning of all things, unlike Loki.

• Hemming : From Old Norse hamr “shape” and perhaps it was originally a nickname for a person who believed himself to be a shape-shifter.

• Hjalmar : from the ancient Norwegian word hjálmarr which means “helmet of the warrior”.

• Hodur : Höðr in Norwegian. “Fierce fighter”. He was a blind god, Balder’s brother, who accidentally caused his death when he was deceived by the god Loki.

• Holger : from the ancient Norse hólmgeirr, derived from the elements hólmr “island” and geirr “spear”. It is also translated as “head of the island”. This was the name of one of Charlemagne’s generals, a Danish noble.

• Howard : derived from the Norwegian name Havardr which means “shepherd of sheep”.

• Igor : Igor is a traditionally Russian name, but derives from the Scandinavian Ingvarr, formed by Ingwi, the name of a god whose cult is attested by Tacitus and who enters the composition of the names, it means “warrior”.

• Inge : He was a Viking god and his name probably means God.

• Jerk : name of Scandinavian origin, male, which is not used much due to its unique meaning: “idiot”.

• Jostein : Jostein is mainly used in German and Scandinavian. Their language is of ancient Nordic origin. Derived from ior which means “horse, foal”, and ehwaz which means horse, and Steinn.

• Knut : Derived from the Old Norse knútr which means “knot”. Knut was a Danish prince who defeated Æðelræd II, king of England, in the early 11th century and became the ruler of Denmark, Norway and England.