Located on a peninsula with cold temperatures and poorly fertile lands, the Vikings needed the sea to survive. Viking ships sailed the seas first to fish, then to trade, and finally to plunder. Scarcity of resources, poor agricultural yield of crops and overpopulation are the causes that historians have suggested to explain the beginning of the Viking plunder. In some cases, the Vikings established colonies in the plundered lands, while in others they simply returned home. Thanks to advanced ship design and new navigation techniques, the Vikings moved from fishing for herring and cod to mastering the waters. Canoes and leather boats have given way to wooden ships never seen before.

History of the Viking ship 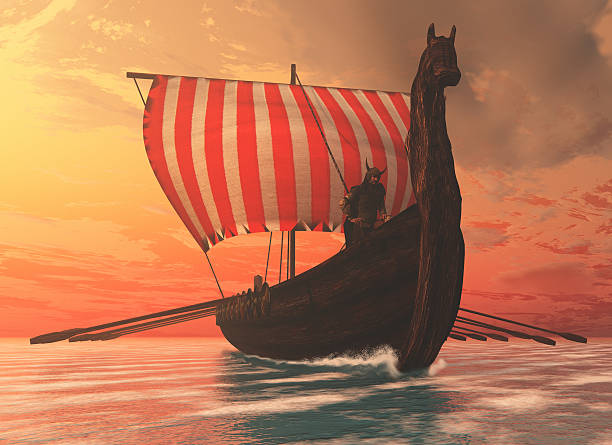 The Vikings became the best navigators and explorers of the Early Middle Ages. They sailed in the Mediterranean up to the Byzantine Empire. But they also ventured into the open sea, and colonized territories such as Iceland, Greenland, reaching present-day Canada. Viking ships were instrumental in the development of trade and the military rise of the Scandinavians. Without them, the Viking Age would never have existed. Viking ship in the Viking Museum in Oslo.

In the history of the Viking ships we find a turning point around the 7th century. It was then that the Scandinavians began to implement sailing in their ships. Probably due to contacts with the Frisians, a people who inhabited the northern coastal area of ​​present-day Germany and Holland. Thus, the first references of Viking sailing ships are found in the funerary steles of the end of the 6th century. Until then, the Vikings used oars to push themselves. This primitive resource continued to be used when there was no wind, but logically the sail allowed travel longer and faster. This is the time when expeditions across the North Atlantic became possible. Recall that the Viking era began in 793, when the attack and sacking of the monastery of Lindisfarne (in the north of England) took place. Over the centuries, the design and construction of Viking ships were perfected. Not only that, but new navigation techniques have been tested.

Balder, the Viking god of light

But the Vikings weren’t just pioneers in offshore navigation. They were also specialists in navigating rivers to attack cities in the interior. To do this, the Viking ship had to have great maneuverability and adequate dimensions. The drakkar and snekkar were long but narrow, with little weight and little draft. This allowed them to follow the course of rivers and to skirt the coasts with precision. Additionally, they could push their ships overland when needed. The great navigability of their ships allowed them to establish trade routes throughout Europe and to plot attacks and looting of remote villages. To cite a few examples, the Vikings attacked Seville by going up the Guadalquivir, and also reached Paris by navigating the Seine.

When it comes to the typology of Viking ships, we must be clear that there were different types depending on the functions they had. With dimensions and features suitable for any purpose. On the one hand, we must mention ships for trading and transporting goods. On the other hand, we have the merchant ships. In all cases, the Viking ship was a vessel with a fixed hull. That is, the boards that make up the hull are superimposed on each other instead of being at the same level. Thus, the old Nordic ships did not use frames. To weld the joints, the builders used pitch-impregnated moss.

The best known Viking warships were the drakkar and the snekkar, which literally means “dragons” and “snakes”. These ships have been wreaking havoc in the North Atlantic for centuries.

Drakkar, the terror of the seas

The drakkar, also known as the långskip, is the Viking ship that best showed the naval power of the Scandinavians. It was used in both coastal and inland raids. The word drakkar, meaning “dragons”, refers to the monstrous masks these Viking ships wore on their bows. In addition to aesthetics, the function of these figures was to intimidate. The drakkars were decorated with plant and animal motifs. They were light, fast and tight. They had such a shallow draft that they could navigate one meter deep water. They were, therefore, the perfect means for upstream raids and the landing of warriors. In case of need, the boat could also be transported by land. The sides of the boat were rowed by oars. The sail was the method of propulsion used on long journeys, but in combat it was necessary to resort to the strength of the rowers. Being narrow ships, they weren’t exactly habitable. Yet the Vikings managed to cross the Atlantic Ocean with them. Their speed reached 14 knots, a milestone for the time. Curiously, in the Lofoten Islands (Norway), fishing boats are still made following the same construction techniques as the Drakkar. 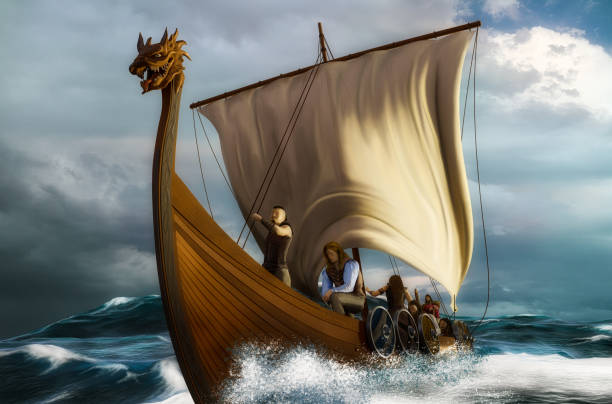 The snekke, plural snekkar, was one of the largest warships built by the Vikings. It had a deeper draft than the drakkar, as it was designed to navigate the North Atlantic. In terms of size, these ships could reach 30 meters in length, with space for 40 oars. They provided space for 90 warriors. Likewise, snekkars were designed to be lightweight, allowing them to be transported overland when needed. Viking Snekke.

Knarr: the merchant ships of the Vikings 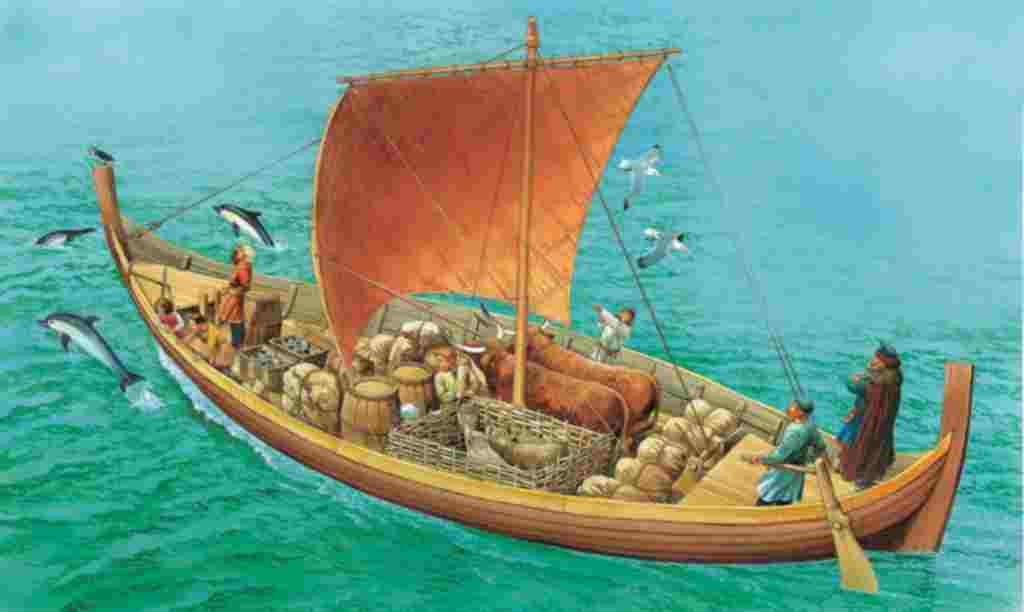 The spirit of 'Game of Thrones' is reborn at the hands of 'House of the Dragon': production has begun (and there are photos)

These merchant ships are the knarrs, also called knorr or knörr. Let’s not forget that trade was one of the main activities of the Vikings. They were sturdy, slow-moving ships, with space to hold furs, slaves, or dairy products. They were up to 16 meters long and had a capacity of up to 24 tons of cargo. During the Viking era, the knarrs regularly crossed the North Atlantic trading goods between the Viking colonies and their metropolises.