Today, Viking women are more popular than ever thanks to movies and TV series like “Vikings”. In it we find Viking warrior women who fight with equal men.

The status of the Viking woman is one of the aspects that has aroused the most interest in our society.

However, what we see in the cinema, and the image we have of Viking women, is not entirely true.

The rights of Viking women 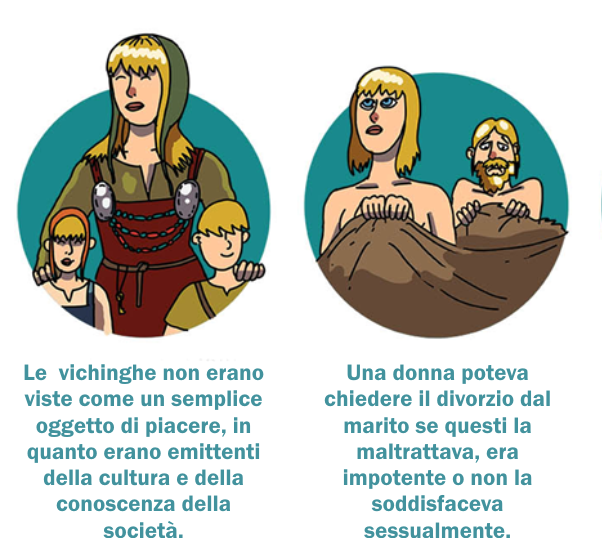 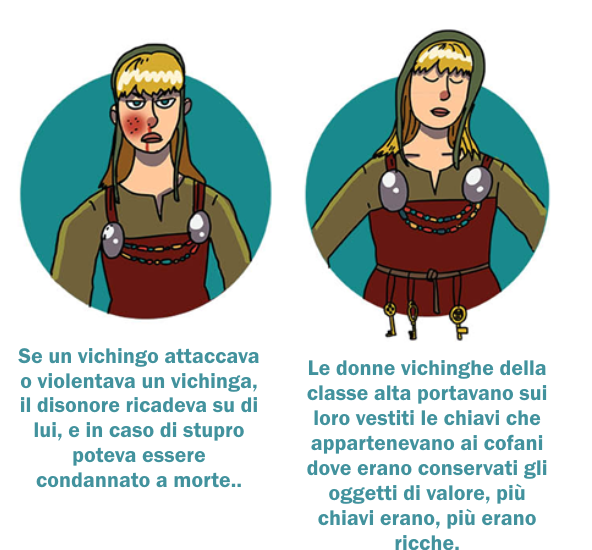 This is not all fiction; Scandinavian women enjoyed many privileges, rights and power during the Viking Age period.

Something that other civilizations such as Christian and Muslim lacked almost completely.

Viking women maintained this social status until they lost it when they converted to Christianity.

The social status of the Viking woman

Scandinavian children inherited their mother’s social status. That is to say, the son of a slave was a slave. And the son of a free woman was a free person.

Here we show you the role played by Viking women according to the social stratum that corresponded to them: 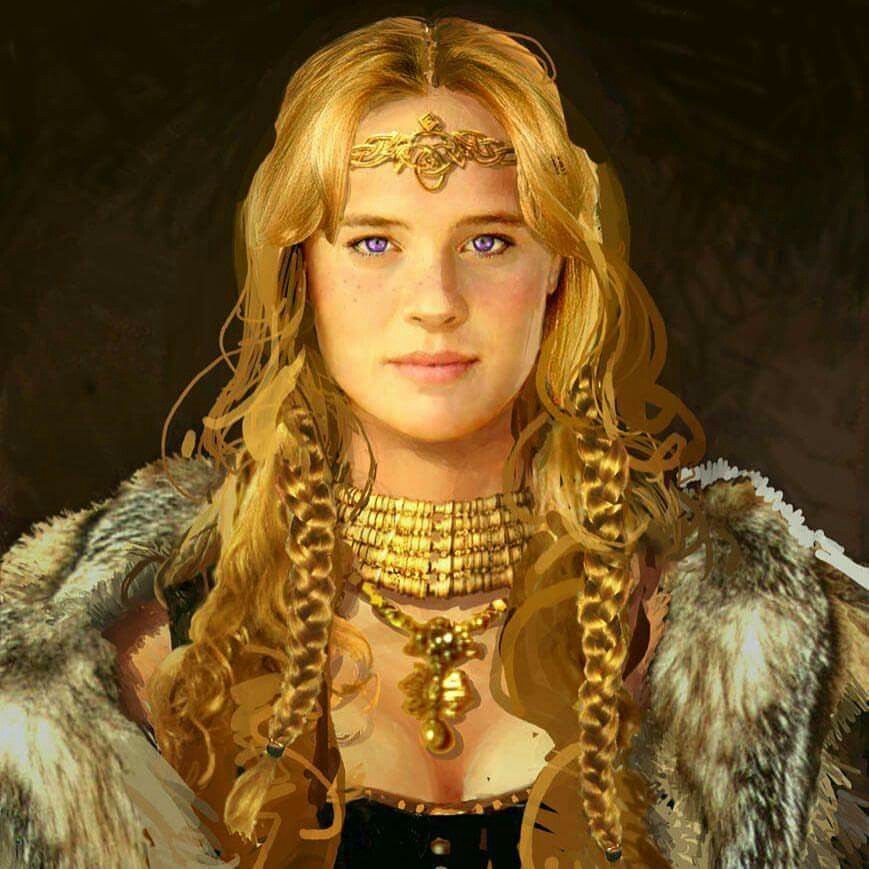 She had the best status among all the Scandinavian female population.

They were the wives of nobles and jarls. They had slave women who did all kinds of household chores. 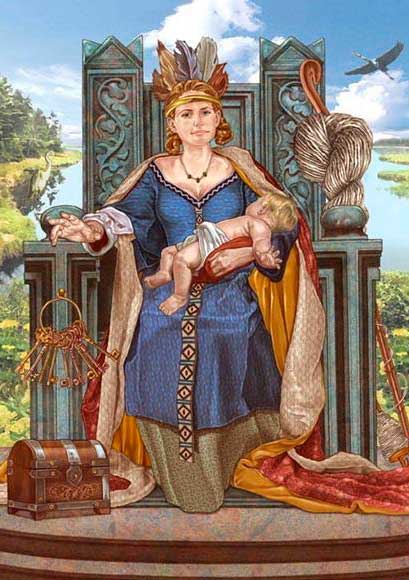 The húsfreyja was the wife of a free man. The emblem of free Viking women was a set of keys tied to the waist.

Netflix: 5 series to watch if you're a Vikings fan

In addition, they had the power to manage the property without their husband’s consent. The role of the Viking woman was to cook, raise children and weave.

Viking slaves had two main functions: to work and satisfy all the sexual needs of their owners. 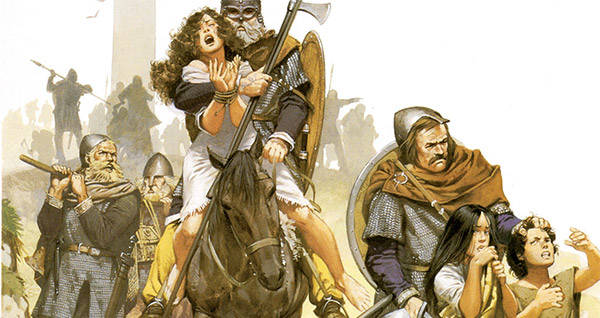 The prettiest and youngest Viking women were best regarded by their owners. The rest slept with the animals and had no rights. Their owners could mistreat them and even put an end to their life.

Ties between Viking men and women

In Scandinavian culture it was allowed that both Viking men and women could marry, divorce and even inherit by widowhood.

Viking women could only marry if they had no children

Viking marriage was between families of the same social status. They both offered the same amount of money. 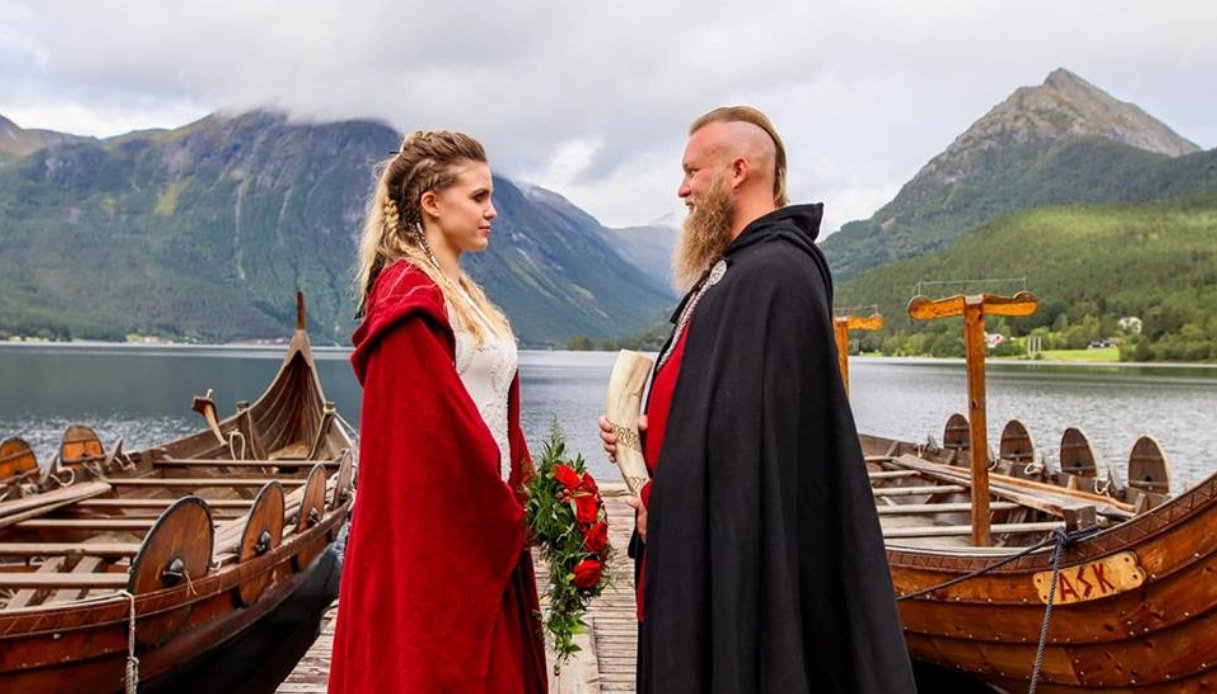 This bond strengthened alliances between Viking clans and served to sign peace treaties.

Viking women had to be chaste before marriage and faithful throughout the relationship. Men could have sexual relations with other slaves and they could have several wives.

Adultery committed by a Viking woman was punishable by the payment of a sum of money and also by death.

Viking women had the right to divorce

To ask for a divorce it was sufficient to declare ill-treatment or sexual dissatisfaction in the presence of one or more witnesses.

The woman had the right to recover everything her family had contributed to the marriage. Also, if the divorce was caused by the man, she could ask for a third of the common goods.

A Viking woman inherited all property when she was widowed

They took over full management of all of her deceased husband’s assets. Furthermore, they could remarry and continue to accumulate more wealth.

Did Viking women know how to fight?

There is no doubt that most Scandinavian women knew how to fight perfectly. 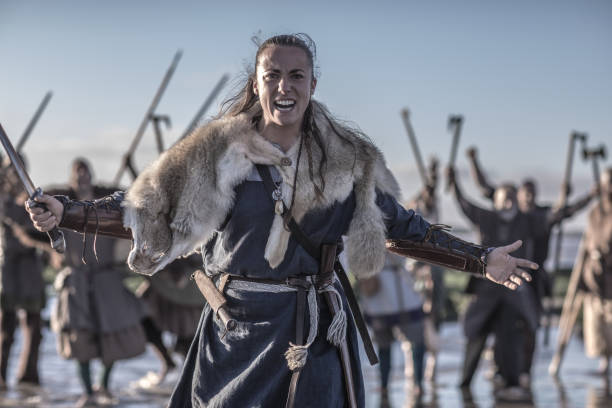 In addition to taking care of all the household duties, defending their children and their home was another of the tasks that Viking women performed in the absence of men.

Were Viking women warriors or squires? 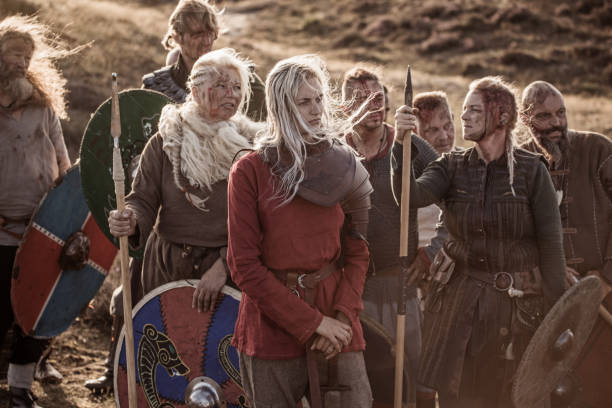 There were women who participated in the expeditions. But they mainly took care of the wounded and of cooking.

However, although fewer in number, there were skjaldmö, also known as squires. They were groups of Viking warrior women who participated in some battles fighting side by side with men.

The reason there were few women going to war was because someone had to take care of the children and protect the home.

Did the Viking damsel and Lagertha the squire exist? 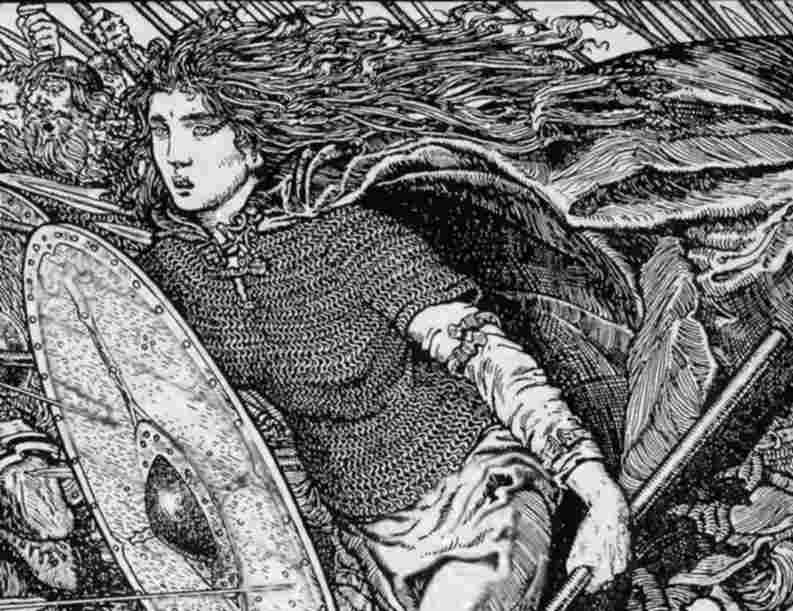 Viking damsel Lagertha is one of the most famous Viking women that have been mentioned today. Her name is also written as Ladgerda or Lathgertha. Here are the main events of its history: 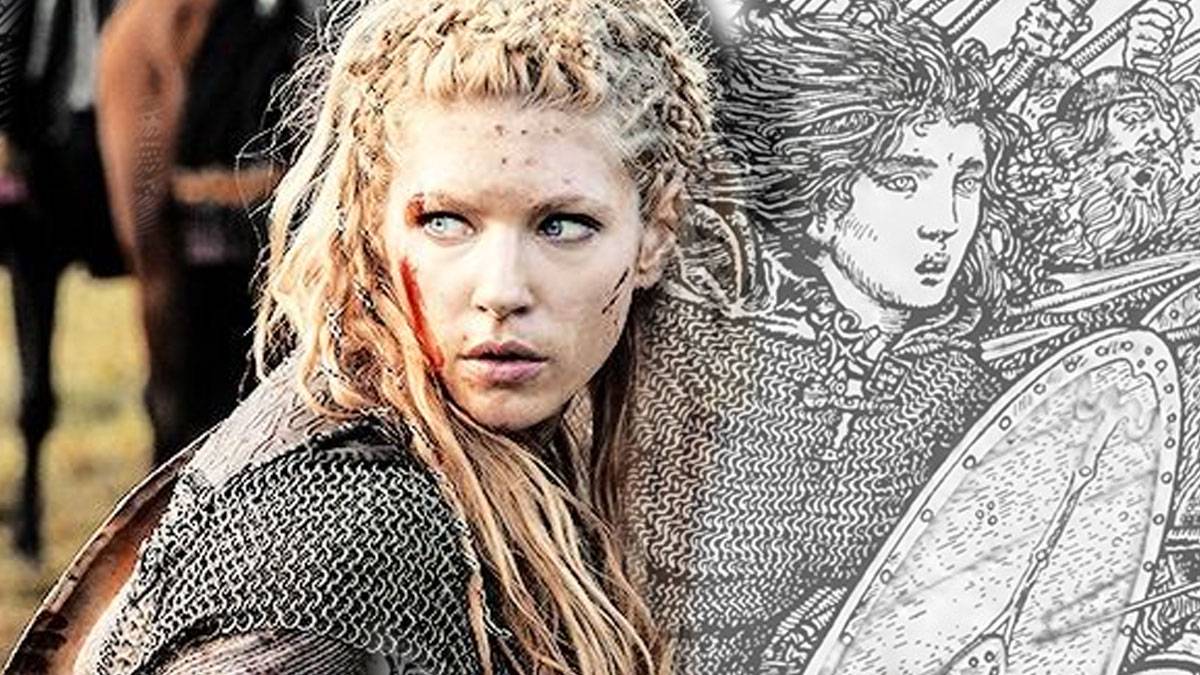 She was born in Denmark and was the wife of Ragnar Lothbrok. She was a historical figure known for her fighting skills, combat tactics and bravery.

The legend of Lagertha 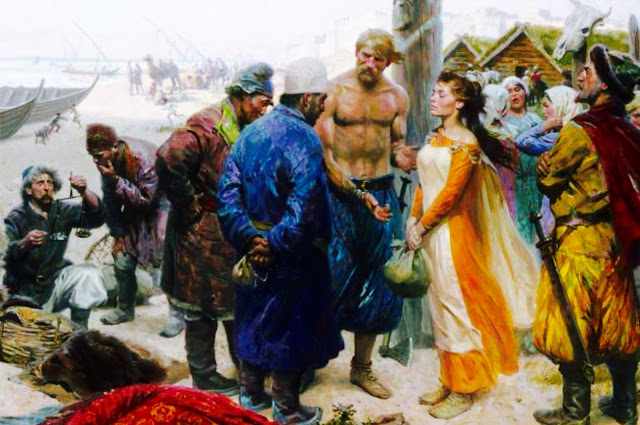 He had to go through several stages to reach the title of great warrior.

After a warlord named Frodo conquered Norway and killed the jarl in 840, he sent all the Viking women to the brothel, including Lagertha.

The meeting of Ragnar and Lagertha 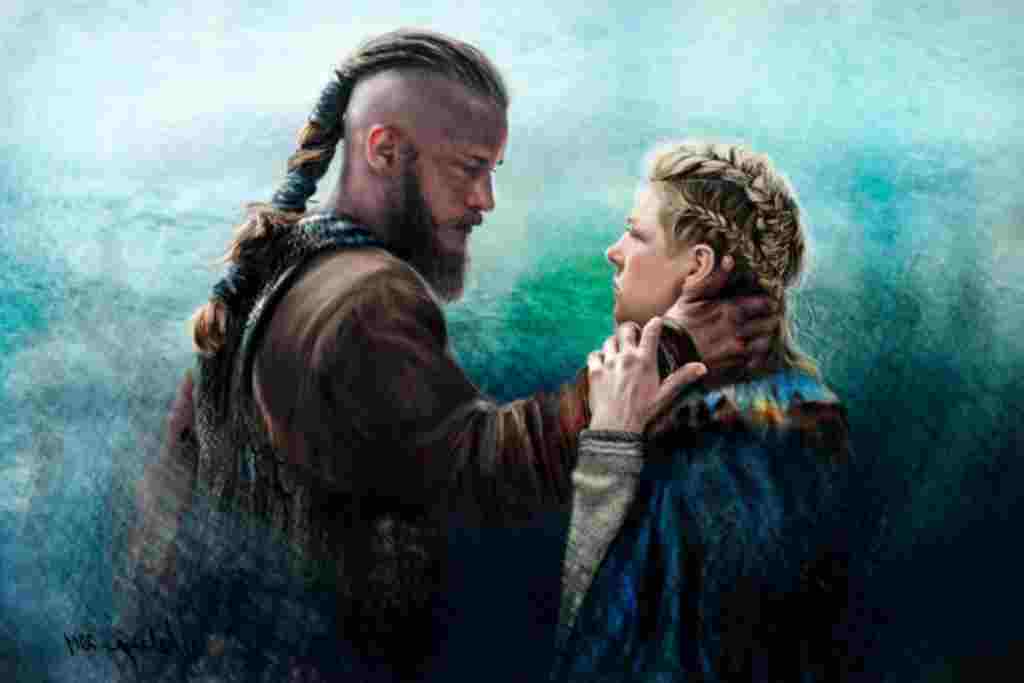 Ragnar Lothbrok decides to go to Norway to take revenge on Frodo. Meanwhile, the captive women manage to escape by wearing men’s clothing.

The escaped Viking women form a group led by Lagertha. And they join the battle to end the invader. Our protagonist showed incredible skill in battle, something that hadn’t been seen until then.
For the strength and courage she showed in combat, she was awarded the title of shield maiden. She was considered one of the Viking Valkyries (Odin’s assistant warriors).

Ragnar falls in love with Lagertha

According to legend, Lagertha didn’t make things easy for Ragnar. To ask for his hand, he left a big bad wolf and a big wild bear at his door.

“Vikings”: the king of Kattegat got married

First he strangled the wolf and then he killed the bear. Finally, she opened the door and asked him to marry her.

The end of the Viking marriage between Ragnar and Lagertha 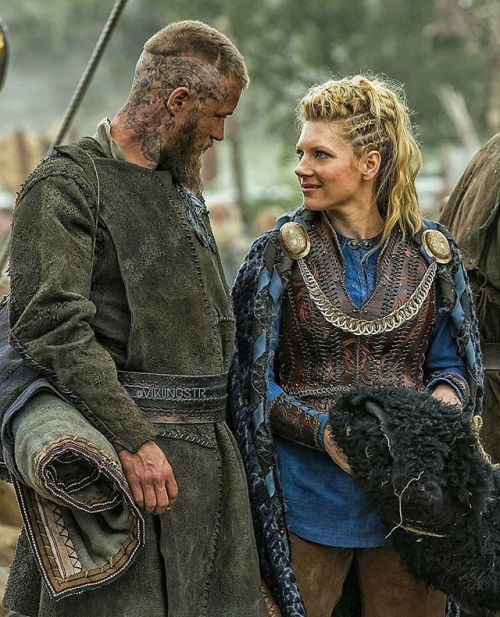 Ragnar goes to Sweden and meets Asloug. Lagertha is unwilling to continue the relationship and they break up the marriage.

Despite this achievement, they maintained a good friendship. Even when Ragnar needed help in the Danish civil war, Lagertha supported him with a fleet of 120 Viking ships. 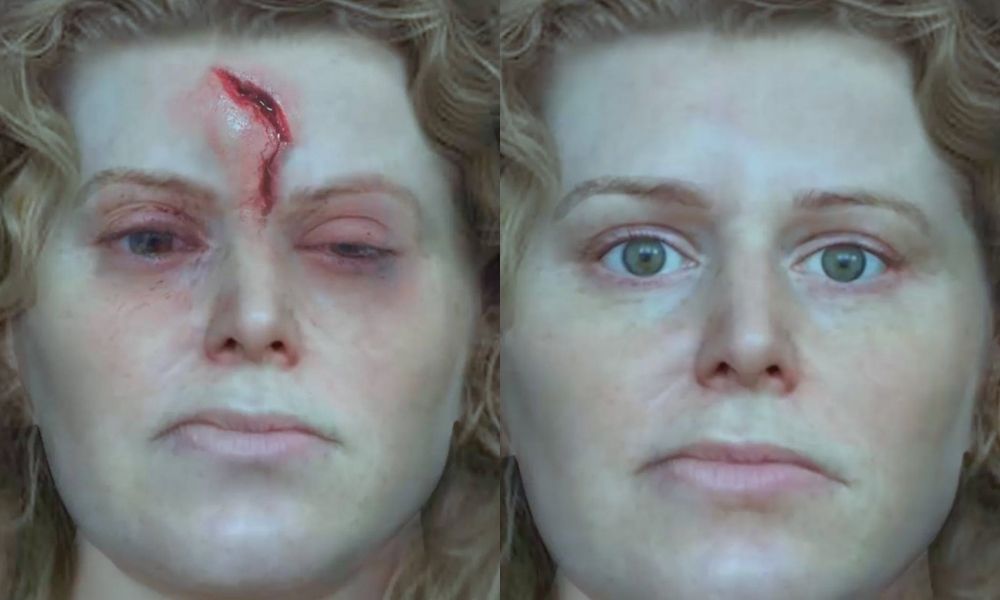 Thanks to our progress, it has been possible to reconstruct the face of a Viking warrior woman who died 1000 years ago.

As for the rest of the physique of Viking women, according to forensic studies of the remains found, the average height of the Viking woman was 1.58 meters. Their hair was mainly blond and red.

If you thought they weren’t really that tall, we have to take into account that the average height of women at that time was about 10 centimeters shorter. 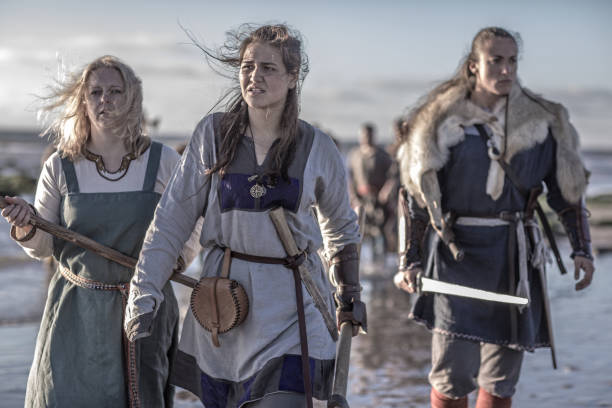 Paganism turned into Christianity and Viking women lost all their rights until, finally, they took over the submissive role of the rest of medieval Europe.

We hope you enjoyed this summary of the history of women in Viking society.