It is difficult to know exactly what the Vikings ate, how they prepared food and how they combined food. It is quite known exactly what raw materials they had available and, together with the information gathered thanks to the archaeological finds concerning the tools they used, we can deduce some data to try to answer these questions and hypothesize what their diet was. .

Raw materials available to the Vikings

At that time, in general, families were self-sufficient and fed on the products they were able to produce on their own in their fields and farms, gathering or hunting in the woods and fishing in the rivers and the sea.

At that time, for most of the population, the daily menu consisted of barley or oatmeal porridge, rye bread, butter and cheese. As hot foods we can highlight mainly soups and stews of meat, fish and vegetables, seasoned with aromatic herbs that they cultivated themselves or collected in the woods.

The most important main foods that the Vikings ate are:

Preparation and cooking of the food that the Vikings ate 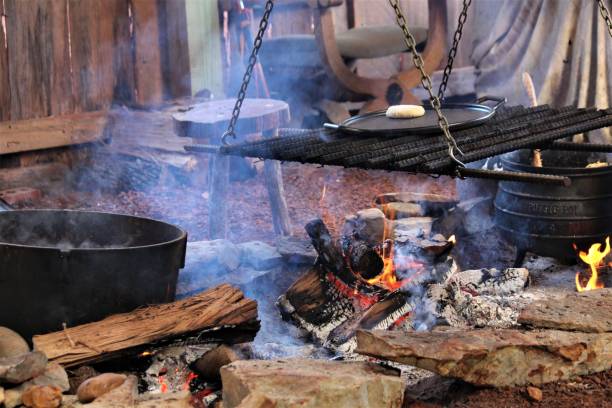 Thanks to the kitchen utensils that the Vikings had in their homes and that archaeological finds have uncovered, we can get an idea of ​​how they made their dishes.

The Vikings had containers of wood, leather and clay and stone and iron pots for roasting or boiling food. They also had tools for grinding and sieving wheat seeds, for whisking butter, and boards for kneading cheese. And of course a good assortment of bowls, spoons and ladles, axes and knives. What they didn’t have were forks, so they ate solid food with their hands.

The way to cook was to roast or boil food over an open fire, in an oven or to heat stones over the fire and place them in the wooden, leather or clay containers where the soup was cooked.

The Valkyries, the Electors of Heroes

The colder times of the year had no harvest and it was difficult to get food from hunting or gathering. The cattle were slaughtered because they couldn’t get enough fodder to support them all winter. They stored all that amount of meat to feed on during the long winter months. One of the most used techniques to keep food in good condition was drying, using the heat of the summer sun or inside the houses next to the heat of the houses. They also smoked meat or fish for storage. They also knew the salting technique, but it was less common because they had no natural deposits of this mineral.They had no choice but to extract the salt from the evaporation of seawater or import it from other countries.