The Viking Age lasted from 789 to 1100. The inhabitants of Scandinavia had a golden age, terrorizing the rest of Europe with their raids. But what language did the Vikings speak? Did they all speak the same language or were there already several languages?

Ancient Norse: the language of the Vikings

The inhabitants of present-day Norway, Sweden and Denmark have spread the Viking language in their overseas colonies, such as Iceland, Greenland and Vinland (in Canada), as well as in their settlements in the British Isles and other regions of northern Europe.

Dialects of the ancient Nordic period

Old Norse had two main variants: Western Old Norse and Eastern Old Norse. The differences between the two dialects were not great, so their speakers could understand each other perfectly.

In general, we could say that Old West Old Norse was spoken by the Norse, who expanded into Iceland, the North Sea islands of Greenland and Vinland. Meanwhile, the eastern side was spoken by the Swedes and Danes, who established settlements in Russia, England and Normandy. In the 11th century, Old Norse was one of the most widely spoken languages ​​in Europe. 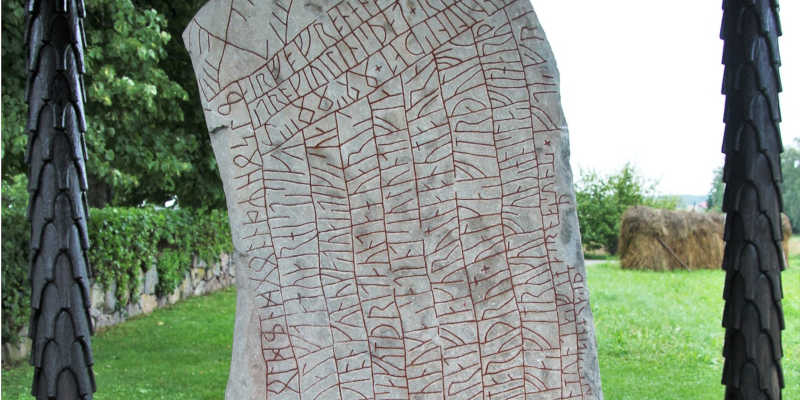 Over the centuries, both dialects of Old Norse have evolved and fragmented into languages ​​such as Norwegian, Icelandic, Swedish and Danish. The last traces of this Viking language can be found in the Russian Novgorod region, where it disappeared around the 13th century.

More specifically, the evolution of Old Norse led to the birth of the following modern languages:

– Faroese (spoken in the Faroe Islands)

– Norn (now extinct, spoken in the Orkney and Shetland Islands, north of Scotland)

– Old Gutnic (spoken on the island of Gotland)

Additionally, Old Norse influenced languages ​​such as English, Scottish, and Norman with loanwords.

As for writing, a topic that we will discuss in another article, the language of the Vikings used the runic alphabet until the spread of the Latin alphabet. The spread of Christianity in the Viking lands led to the arrival of this writing system starting from the year 1000.

Today, there are Viking singers and bands who still use Old Norse.